Inflation can be defined as :

The above increase in price of wheat . The purchasing power of money has decline as the same amount of good is available at higher price

Hence , the above price rise of wheat over a period of time is called as inflation that is affecting the purchasing power of the people
This in turn reduces the value of money as for each commodity we have to spend more than the previous one . 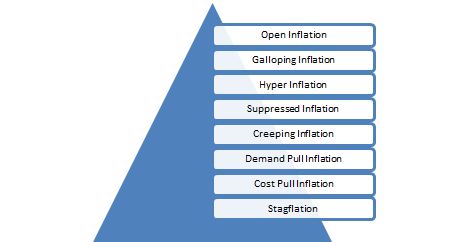 Factors on Supply Side –

The 2 ways of Measuring Inflation are –

Inflation a threat to Indian economy –

Current status of inflation in India –

How to Control Inflation –